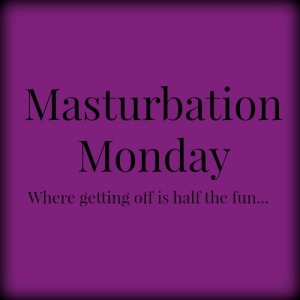 Naked, she stands facing the white wall, dark, long hair falling down her back in thick waves. The wall is cool, soothing against her burning skin. Her hand rests by her head, fingers opening and closing with anticipation. Rocking her body slightly, her tight nipples rub and grind on the hard surface – such delicious friction.

She sighs, spreading her fingers wide, pressing her palm to the wall.

Her body is ready, knowing he is watching her is all it ever takes. Her skin tingles where his gaze touches her. The back of her shapely calves, the hills and valleys of her bottom, the most sensitive of places, the base of her back which dips and arches. Her body undulates towards the wall in remembered bliss as his eyes travel up the fluid lines of her back.

Her feet separate, the ache in her pussy beginning to consume her. She’s so needy now, so wanton.

His footsteps echo on the tiled floor, bringing a deep stillness to her body. Barely breathing she prepares herself for his first touch.

She feels the heat emanating from his body first. He is still dressed in a white shirt and black trousers. The graze of the material, as he comes to a halt behind her, only heightens the sensitivity in her skin.

He stands slightly to the side of her, his head bent as he watches his hand cup the soft underside of her bottom.

She lets out a long, controlled exhale.

He gently traces the curve until it meets the centre of her body, following the deep crevasse upwards until his hand lingers on the elegant bow of her lower back.

“So beautiful…” he whispers.

His hand draws mesmerising patterns on her skin: so soft, so torturously soft.

She swallows hard, trying to control her increasingly erratic breathing. Her nipples hurt now – so tight and sensitive. She knows they will be adorned soon, the cause of exquisite agony.

The soft pad of one finger dances up her spine. She can’t help pushing her bottom out and arching her back; her breasts flattening against the wall as her head falls back with a gasp.

A low, gruff laugh. “So sensitive, Babygirl. Such a test for my self-control.”

She stands tall again, she knows that’s what he wants.

The husky words make her heart sing. Her ruby lips curl into a small smile of satisfaction.

Suddenly, two hands sweep over her back, firm and a little rough. She feels his calluses catch on her soft skin, leaving stinging trails of heat in their wake.

A fine sheen of sweat covers her body as her heart thumps hard in her chest. She feel his need like a pulsing, rhythmic beat on her skin. Tensing every muscle, she tries to breath.

HIs hands push the long strand of her hair over one shoulder revealing the delicate nape of her neck. His hands don’t stop moving now. Her head falls forward onto the cool wall as they glide over her shoulders and neck into her hair; over and over like waves crashing onto her body. Her skin is on fire, the hair on her head tangling with his fingers until she realises he is collecting it into his big hand, holding it in a thick, tousled ponytail.

His hand tightens in her hair and he pulls her head back. The sting makes her eyes water. It hurts – it really hurts – but she wants it, she’s been waiting for it.

He pulls her body from the wall to make room for his other hand. Her stance widens to accommodate the movement. He squeezes her breast, a teasing, brief taster of what’s to come; before his hand drops down to between her legs where he thrusts two fingers straight into her drenched, swollen pussy.

“Ahh!” She screams as her inner muscles milk his fingers in a desperate attempt to get what she needs.

He bends down to whisper against her cheek.